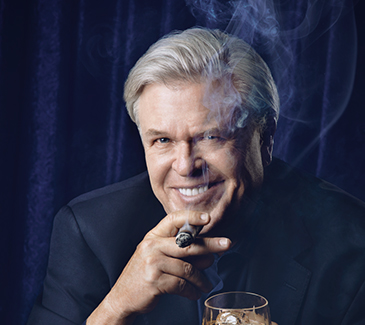 Ron White scheduled to perform in the Grand Event Center on February 13, 2021 has been rescheduled to Sunday, September 5, 2021. Tickets purchased will be honored at the rescheduled date. For any further ticket inquiries, please reach out to the point of purchase.

Comedian Ron “Tater Salad” White first rose to fame as the cigar-smoking, scotch-drinking funnyman from the Blue Collar Comedy Tour phenomenon, but now as a chart-topping Grammy-nominated comedian and a feature film, actor, Ron White has established himself as a star in his own right.

White has always been a classic storyteller. His stories relay tales from his real life, ranging from growing up in a small town in Texas to sharing stories of his daily life to becoming one of the most successful comedians in America. All four of his comedy albums charted #1 on the Billboard Comedy Charts.

He has sold over 14 million albums (solo and with the Blue Collar Comedy Tour), been nominated for two Grammys, and has been one of the top three grossing stand-up comedians on tour in America since 2004.

Want a premium seat, typically in the first 5 rows and meet Ron White at the show? Wanna ask him a question? Take a picture with him? Just see for yourself if that's really tequila he's drinking? If your answer is yes, then purchase the Ron White "200 Proof" VIP Experience!

At the VIP experience you'll be a part of a small group of fellow fans talking with Ron White and taking a photo with him. Not only will you get this special access after Ron's show, you'll receive a VIP access pass personally signed by Ron White.

Check out this video of other fans having a great time at Ron's 200 Proof VIP Experience:

*Check in early at the merchandise table with our VIP manager on tour.

All guests must be 21 years old or older.